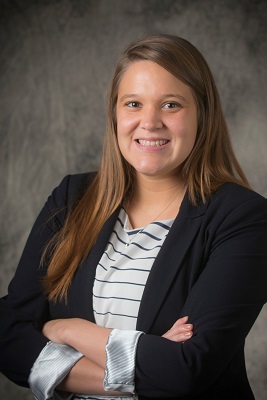 Amanda Smith is the Legal Counsel for 340B Health, a nonprofit organization of more than 1,400 hospitals and health systems participating in the federal 340B drug pricing program.

Mrs. Smith works with a team of lawyers and government relations staff on regulatory, legislative, and legal matters related to the 340B program. She educates member hospitals on 340B compliance and policy issues, informs them of program developments, and prepares legal analyses and advocacy documents on various 340B issues. She also plays key roles in developing 340B Health’s state level policy and advocacy resources.

Before accepting her current position, Mrs. Smith served as 340B Health’s Senior Manager of Grassroots Advocacy. In this role, she developed 340B Health’s grassroots program, building relationships with hospital advocates across the country. She coordinated advocacy efforts between hospitals and Congress and educated lawmakers on the importance of 340B. This included creation of the 340B Impact Profile, 340B Impact Profile Guidebook, and the 340B Health Advocacy Toolkit. She also planned biannual Capitol Hill Fly-Ins and otherwise supported 340B Health’s advocacy initiatives. Mrs. Smith has become a valuable resource for the 340B hospital community and an expert in effectively delivering the 340B message to Capitol Hill.

Before joining 340B Health, Mrs. Smith served as a Health Care Law Clerk for the United States Senate Committee on Finance.  She graduated with a B.A. in government from the University of Virginia. She received her J.D. and M.S. in government from Creighton University in Omaha, Nebraska. She is a member of the Maryland Bar. Her family lives in Omaha, Nebraska, Stafford, Virginia, and Bozeman, Montana.