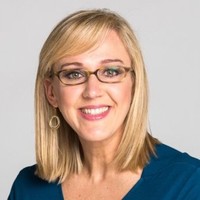 Kate Ilahi is the Director of Government Relations for 340B Health, a nonprofit organization of more than 1,400 hospitals and health systems participating in the federal 340B drug pricing program.

Ms. Ilahi brings more than a decade of legislative and federal advocacy experience to her position. Immediately prior to joining 340B Health, she served as the Director of Government Relations at a large legal trade association, advocating to Congress and federal agencies on behalf of more than 30,000 members. In her role as a senior lobbyist, she successfully worked with policymakers on both sides of the aisle to advance her clients’ legislative and regulatory objectives. She also led successful efforts to increase bipartisan representation within the organization.

Prior to her work as a senior lobbyist, Ms. Ilahi served as a health care legislative assistant for a member of Congress who served on the House Energy and Commerce Committee. During her time on Capitol Hill, she worked on efforts to rebuild the health care infrastructure in southeast Louisiana that had been destroyed by Hurricane Katrina. Prior to her work at the trade association and immediately after her time on Capitol Hill, Ms. Ilahi served as a legislative health care counsel for an advocacy firm that represented more than 200 non-profit hospitals.