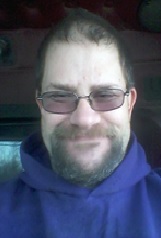 Christopher was running hard and not eating right when he suffered stroke-like symptoms in 2011. He went to nearby SUNY Upstate Medical University Hospital and found out his blood sugar was dangerously high due to uncontrolled Type 2 diabetes.

It was doubly bad news for the seasonal truck driver because Chris and his family were uninsured at the time. After two hospital stays paid for by the hospital’s charity care fund, he was discharged and began working with Mary Jo Lakomski, ambulatory care pharmacist and certified diabetic educator at Upstate Health Care Center, an outpatient operation funded by 340B savings.

Lakomski worked with Chris to help him lose weight and get his blood pressure and cholesterol under control.   She also helped Chris find the right diabetes medication at affordable prices along with access to indigent drug programs enabling him to get insulin for free.

“I’m a lot better now,” he says. “I still go in every three months and I’ll see Mary Jo in June.”

Chris is a classic 340B success story. Program savings allowed the hospital to cover both his in-patient stay by offsetting the charity-care expense and funded Chris’s outpatient diabetes education and management while he was uninsured.