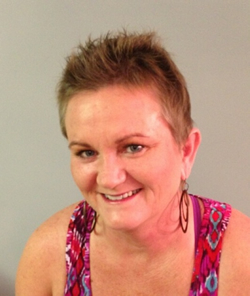 Shannon was diagnosed with colon cancer in early 2006 after her house was destroyed by Hurricane Katrina. She had health insurance and received excellent treatment from Monroe County Hospital in Monroeville, AL. But in 2010, Williams lost her coverage. Last year, she learned her cancer had advanced to stage 4 and spread to her liver.

“Facing something like that without insurance is scary,” Williams says. “You just can’t get help from anybody.”

Luckily, Monroe County Hospital participates in the 340B drug discount program. Williams was able to receive chemo at reduced rates she could afford. One medicine cost her only $100 a month during six months of treatment. “I can actually make payments to pay my bill off and I just went back to work,” she says.

Williams is certain the staff at Monroe County Hospital saved her life twice. 340B played no small part. “I really am so thankful that they have programs for people like me.”

Next year, Williams plans to start running half marathons again.