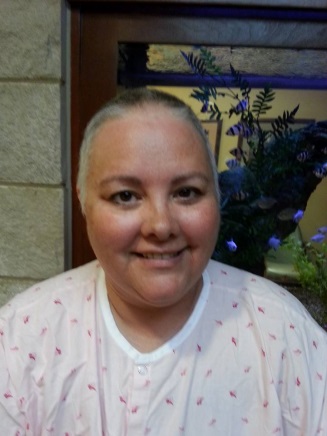 Tammy Willette noticed a thickening in her breast in November 2014 and went straight to the doctor to get it checked out. After a mammogram, ultra sound and biopsy, the news was unfortunate.

“They found inflammatory breast cancer,” Willette says.  The rare and aggressive disease accounts for only 1 to 5 percent of all breast cancers diagnosed in the United States.

Tammy underwent surgery and started chemo treatments right away at Decatur Memorial Hospital. But along the way she couldn’t work and lost her job as a dental hygienist. She also lost her health insurance. Tammy’s church held several fundraisers to help pay her medical bills before Willette became eligible for Medicaid.

Like so many Americans, Tammy found herself in the safety net as the result of a serious health crisis.  Decatur Hospital participates in the 340B program that helped offset the shortfalls in Medicaid reimbursement for Willette’s care and significantly lowered the cost of her chemo.

That meant Tammy could focus on getting better rather than worrying about the cost of her care.  “Basically, no one gave me any problem about payment at all,” she says.

“Thanks to 340B, we were able to continue her treatment without worrying about where the money was going to come from,” says her oncologist, Dr. Jaime Ayon. “Life-saving treatments are great, but only when they get to the patients who need them.”

Happily, Tammy is now cancer free and on the mend.