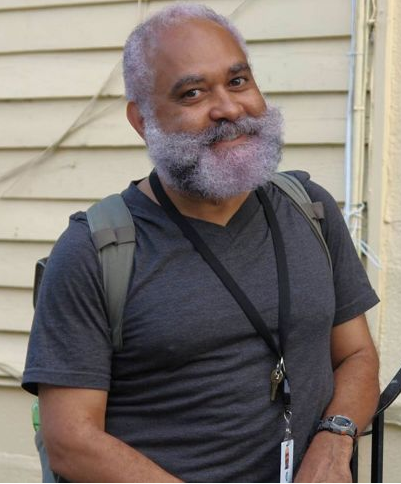 In 2005, Dorian experienced a series of illnesses and was diagnosed with AIDS. He was self-employed and luckily had health insurance. “I was going to be OK, right?”

The answer came the following year when Dorian received a letter from his health insurer rescinding coverage. He sought legal and health advice at the NO/AIDS Task Force, which later became CrescentCare. “I learned I could receive my care there and get not just my clinical care, but also wrap-around services,” Dorian recalls. His medication has a sticker price of $2,300 per month. Dorian pays no out of pocket cost. “That one bottle saves my life.”

Dorian got more involved and learned that CrescentCare receives 340B discounts on medications through the federal Ryan White program. 340B savings have allowed the community health center to nearly double its client population. Eighty-one percent of its patients with HIV/AIDS have achieved the optimal suppression of the virus in their bodies.

“The goal of HIV care is to have the virus become undetectable,” explains Dorian. “I plan to live a long life.”

Dorian has since become an AIDS activist and radio host.  He credits the 340B program with helping CrescentCare deliver vital medical care when he needed it most.